The word “because” is used in both casual and formal contexts. You’ll definitely hear this word be used in both writing and speaking! In fact, “because” might just be one of the most common English connectors out there.
Sheila was late for school because her car ran out of gas.
I’m hungry because I didn’t eat breakfast.

The phrase “due to” is used most commonly in writing or formal situations. For example, you’re more likely to say “due to” when sending your boss an email than when speaking to your best friend.
Unlike “because,” the connector “due to” is most commonly placed at the beginning of sentences rather than in the middle.
Due to Jack’s sickness, he missed two weeks of work.
Due to our budget, we can’t go on vacation this year.

This English connector can be used in all kinds of situations! It can be casual or formal and is commonly used in both writing and conversations.
Use this phrase when you want to explain what caused something.

As a result of her bad behavior, she wasn’t allowed to go to the party.
We didn’t sell many products last month. As a result, our profit was less than normal.

The connector “therefore” is typically used in writing, and mostly in a formal context. It’s often used at the end or beginning of new paragraphs to explain what the outcome or conclusion is.
Apples are red and bananas are yellow. Therefore, they aren’t the same.
Julia tries a new recipe every day. Therefore, she’s had lots of practice cooking.

Similar to “therefore,” “thus” is also used in writing, either in the ending or beginning of new paragraphs.
Learning a new language takes time. Thus, you have to be consistent.
Bob was extremely good at baseball in high school. Thus, he continued to play in college.


“Consequently” is typically used in writing, usually in a formal context.
Ben didn’t study for his exam. Consequently, he received a bad grade.
Anna has only cooked once in her life. Consequently, she’s very bad at it.
English Connectors for Giving Examples
Giving examples helps us prove our point and can sometimes convince other people to believe us. Examples help people understand what you’re trying to say and can help them see why you believe what you believe.

In other words, by giving examples to support your opinion, you prove your point better.

7. For Instance; For Example


Both of these phrases are used in everyday conversations and in writing. In fact, they’re probably the most popular way to give examples in both formal and casual situations!
English is one of the most-spoken languages in the world. For example, there are over 1.27 billion English speakers as of 2019.
Learning grammar is hard sometimes. For instance, I spent four hours trying to learn how to use the conditional.


The English connectors “such as” and “like” are both used very often in writing and casual conversations. Unlike the previous two phrases, these two can also be used to list things.
If you learn English, there are many career options open to you, such as teaching, journalism, advertising and so on.
My father loves Italian food, like pizza, pasta and ravioli.


This phrase is very similar to “for example,” but is more commonly found in writing.
He’s a dangerous criminal. As an example, he killed six women before being tracked down by the police.
English Connectors for Stating Facts and Opinions
Sometimes we feel strongly about a topic or we need to share important information with someone. In these cases, we need to use connectors to make it clear that we’re expressing a fact or an opinion.


The word “actually” is used quite often. As an English connector, you can use it in the beginning, middle or even the end of your sentences! Plus, you can use this connector in casual, formal, writing and conversational situations.
Actually, I think learning English was one of the best decisions I’ve ever made.
Using English connectors isn’t new. Actually, it’s more common than you think.

31. In the First/Second Place

This phrase is used in conversations as well as in writing, but mostly in a casual way.
All in all, organizing a surprise birthday party for Josh was certainly worth it.

Now that you know the most commonly-used English connectors, you can use them in sentences and paragraphs with great confidence. Try your hand at some of the exercises I’ve suggested for practice.
So what are you waiting for?
Get out there and start incorporating these useful English connectors in your everyday life! 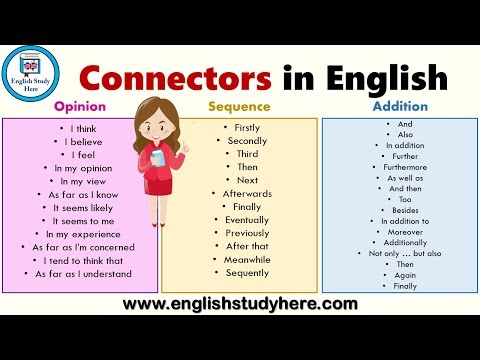 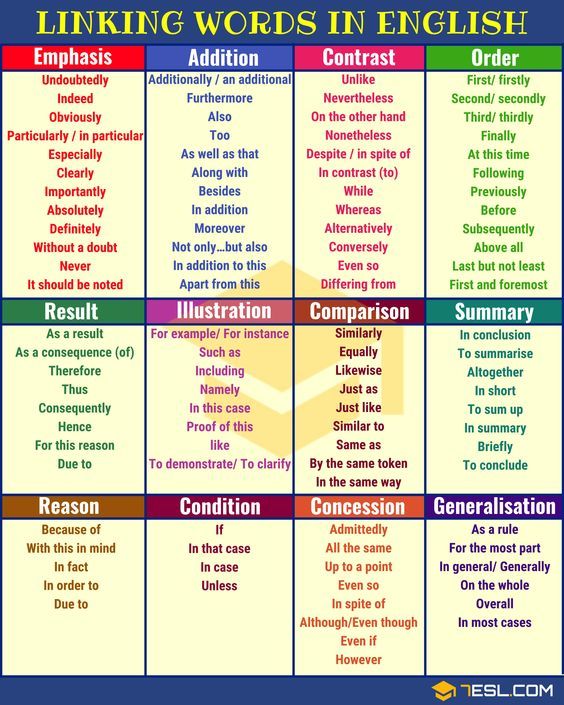 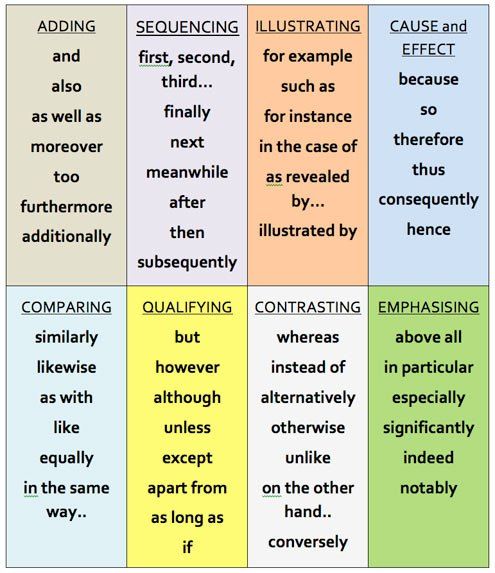 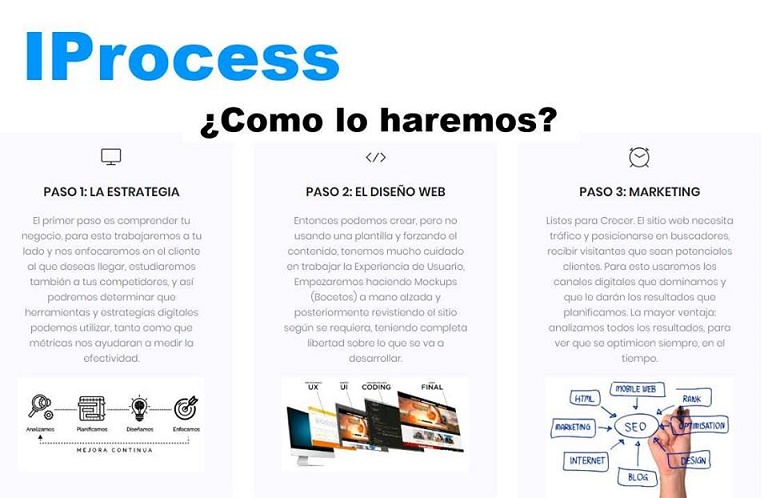